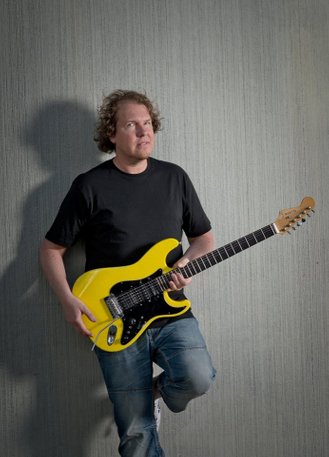 Barth was born in Lørenskog and picked up the guitar at only 9 years of age. Under the tutorship of Erik Wesseltoft (1977–1984) he would soon progress to lead his own bands. One of the most prominent of them being "Bad Image", which was bestowed with a first place of the major Norwegian daily newspaper Aftenposten's talent competition in 1983. He was also involved in the "St. Laurentius Choir" (1977–1983) where he appeared as a soloist on a number of occasions. When 15 he filled in for Wesseltoft in the nationally renowned Kjell Karlsen Orchestra and showed his skills as soloist alongside lauded trumpeter Peter Katterås. He later studied under the guidance of guitarists Bjørn Klakegg (1983–1989), Jørn Takla (1985–1986), Egil Haugland (1984–87), Knut Værnes (during the Norwegian Jazz Federation Summer School in 1987), Odd-Arne Jacobsen (1988–1989), Staffan William-Olsson (1988–1990), Stein-Erik Olsen (1989–1991) and Geir-Otto Nilsson (1991–1992). In addition to the guitar studies, Barth also studied improvisation under the jazz musicians Torgrim Sollid and Morten Lassem (1986–1988). Barth is a graduate of the Music program at Foss videregående skole (1985–1988), and completed the instrumental teaching course at the Barratt Due Institute of Music (1988–1990). This is a classic course, but he was also active in a wide range of musical experiences, like the improvisation classes taught by jazz pianist Egil Kapstad, occasionally bring in well established musicians such as drummer Ole Jacob Hansen and bassist Terje Venaas. Barth also studied with the well respected guitarist Finn Westbye. He continued studying guitar, composition and kindergarten music teaching at the Barratt-Due Institute of Music (1990–91) and began graduate studies at the Institute for Music and Theatre at the University of Oslo (1992–94). Following this period, Barth focused on studying with influential players in his chosen genre including in-depth studies in London with guitarist and composer John W. Duarte (1996), lessons with guitarist and composer Leo Brouwer in Havana (1999) and sessions with bassist and composer Reggie Workman, in New York 1994 and 1997.

Barth is now active as a guitarist, composer, educator and producer, and has collaborated with a wide range of musicians, and contributed to and released a number of albums, visited festivals in Norway and around the World, and participated in a number of TV and radio programmes. He received the National Scholarship as a musician in 1999 to work with composer Bjørn Fongaard's microtonal quarter-tone music. Of most importance for his career is the Norwegian-Estonian trio collaboration Barth, Aaserud & Roll , which with the release Going North was awarded the 2006 Estonian Grammy, in the category Jazz. Another important project is the long lasting collaboration with bassist Harald Johnsen. In 1988 they won the national finals of Norway's youth culture event UKM as members of trio TAPE, together. Barth has recently contributed to "Julius Winger Band" including Jan Erik Kongshaug (guitar), Mathias Eick (trumpet), Trygve Seim (saxophone), Mats Eilertsen (bass), Andreas Utnem (piano), Halvor Lillesund (accordion) and Per Oddvar Johansen (drums).

In October 2105 he wrote a homage to his deceased friend Johannes Vinjum: "Metamorfoser". It was performed with Arild Andersen, Trygve Seim, Per Oddvar Johansen and Helga Liland Farestveit . It was recorded and broadcasted on national radio, NRK.

In spring 2016 he founded Barth Records. 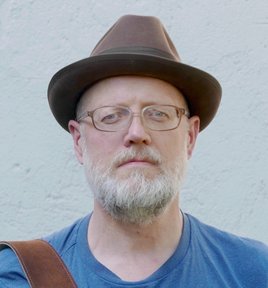 Gisle Harr is an established visual artist with an emphasis on drawing, painting, sculptures and installations. He has studied at Oslo School of Arts, Communication and Technology, the Hungarian University of Fine Arts, SHKS and at the National Art Academy. Harr has had a number of exhibitions, including Gallery F15, Henie Onstad Art Center, Oslo Art Association, National Exhibitions, Autumn Exhibition, Sculpture Biennale, Museum KUBE and Kunstnerforbundet.

He is also an active musician and makes his own distinctive songs.
Since his youth he has played with bands like Stengrunn, Lasso Elastique, Magic People, Little Maggies, Rosenhoff Rodeo and Burning Horses.

Harr draws inspiration from artists such as Neil Young, REM, Byrds, Woodie Guthrie, Lillebjørn Nilsen and Ole Paus. His songs revolves around different aspects of life and his own experiences that many can relate to.

Harr can often be seen playing concerts with his own band.

If you want to know more about Gisle, visit his website at www.gisleharr.com. 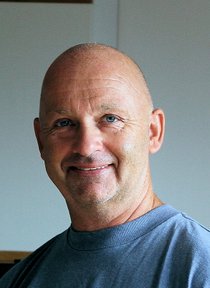 Jan Erik Hansen has played the Guitar all his life. Like many other Norwegian jazzmusician he attended the NJF summerschool at Søgne in the late seventies. The renowned musicians Tore Brunborg, Eivind Årseth and Nils Petter Molvær was there at the same time. He played in organtrio with Atle Bakken, organ and Per Eriksen, drums. Hansen also played in a fusiongroup with the well known bass player Terje Gewelt.

Early influences were Jimi Hendrix, John McLaughlin and Larry Coryell. Music was Hansen’s main interest, but he chose a profession as a computer programmer. This has come to help in his great interest for computer music software. During the nineties he recorded a lot of music in his studio and released it as streams and downloads on MP3.com and similar sites under the artist name Yahn.

He occasionally performs with Atle Bakkens organ trio. After a performance at Cosmopolite with Atle Bakken, Bugge Wesseltoft, Håkon Kornstad, Anders Engen and Audun Erlien he met Frode Barth that later inspired him to do this recording on his new label "Barthrecords".